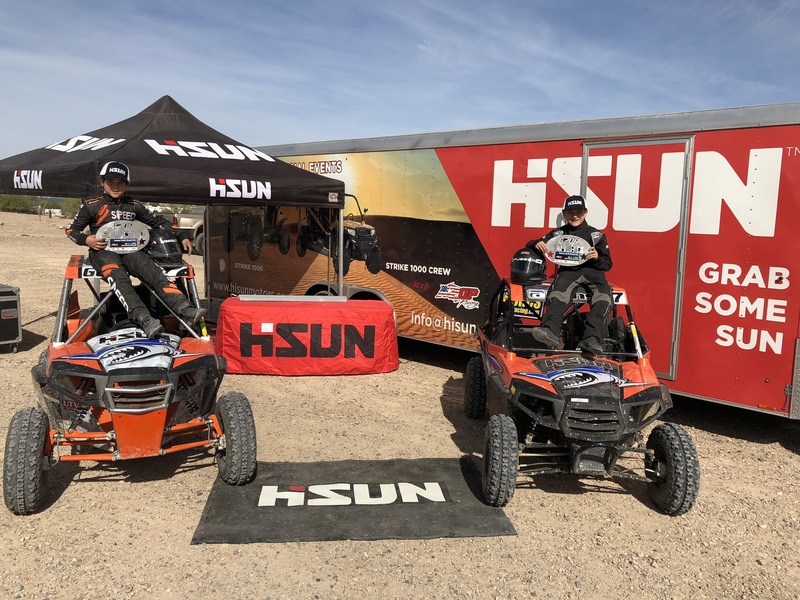 Teammates Max and Brodie were able to get great starts to the race setting the pace early on the fast and competitive track. Both racers were cheered all the way to the checkered flag grabbing podium positions 2nd and 3rd, nearly giving HISUN the full podium sweep.

HISUN West VP of Sales, Matt Clayton stated, “It is always a great feeling to get out on the course and be able to assist in grooming the next wave of great racers and making sure the sport is alive in the younger generation. There is no better feeling than to be able to pass down the passion so many of us have for the off-road and competitive racing to the next generation and to do it in the Strike 250 is just a cherry on top.”