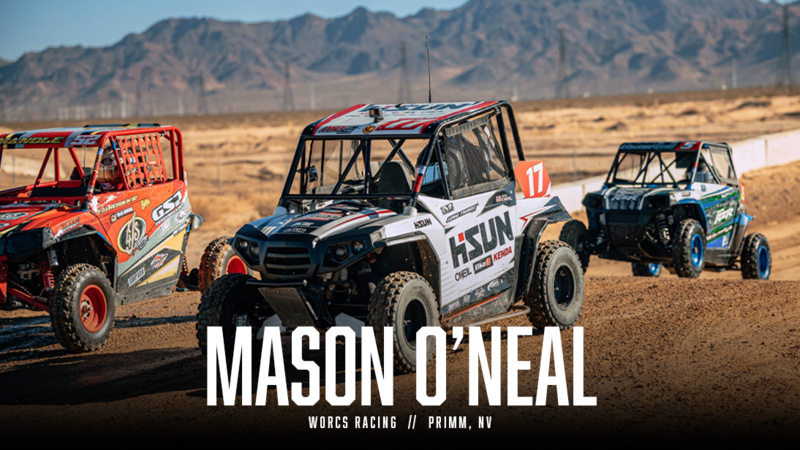 McKinney, TX – December 30, 2021 – With a rich history of racing running through his veins, Mason O’Neal from Simi Valley, CA is keeping the family tradition alive after finishing his first full season of racing behind the wheel of his HISUN Strike 250. During WORCS SXS World Finals in Primm, NV, O’Neal was able to maneuver through the competition for a solid finish, taking 2nd in the series final doubleheader. In addition to finishing 2nd place in the Youth 250 Limited Class during finals weekend, O’Neal was able to accumulate enough championships points for a 3rd place overall finish in the 2021 WORCS SXS Series.

Carving a new lane, HISUN is putting safety in the forefront amongst young drivers and is assisting in ushering in the next generation of off-road enthusiasts, which is why parents and consumers alike across the country are choosing HISUN off-road vehicles.

Since 2001, WORCS Racing has been the premier series for off-road racing bringing together the best drivers to compete in some of the most pristine racing facilities throughout the Southern Region of the US.
SIGN UP FOR